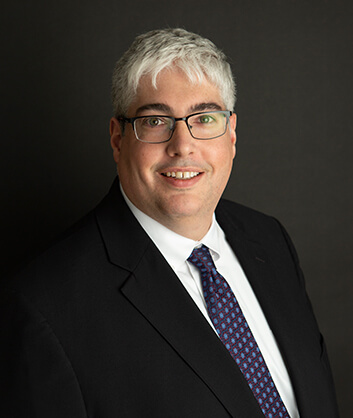 Jim joined Roberts & Caruso as an associate in 2006. He focuses his practice primarily on contested trusts and estates, business litigation, construction and mechanics’ lien law, and guardianships. Jim has tried cases in both Illinois state court and in the United States District Court for the Northern District of Illinois, where is a member of the trial bar.

Jim frequently writes articles on emerging issues in the law. His work has been published by the Illinois Association of Defense Trial Counsel, the DuPage County Bar Association, and the Loyola University Chicago Law Journal. Jim serves a member of the DuPage County Bar Association’s editorial board, an invitation only committee responsible for publishing a ten-issue per year legal journal called The Brief. While Jim served on the editorial board, The Brief received the Luminary Award from the National Association of Bar Executives for the best small bar association magazine.

Jim also serves as a court-appointed arbitrator in both Cook and DuPage counties. He has worked on numerous political campaigns for those seeking public office in Illinois and in Indiana. Jim is also a licensed Real Estate Managing Broker.